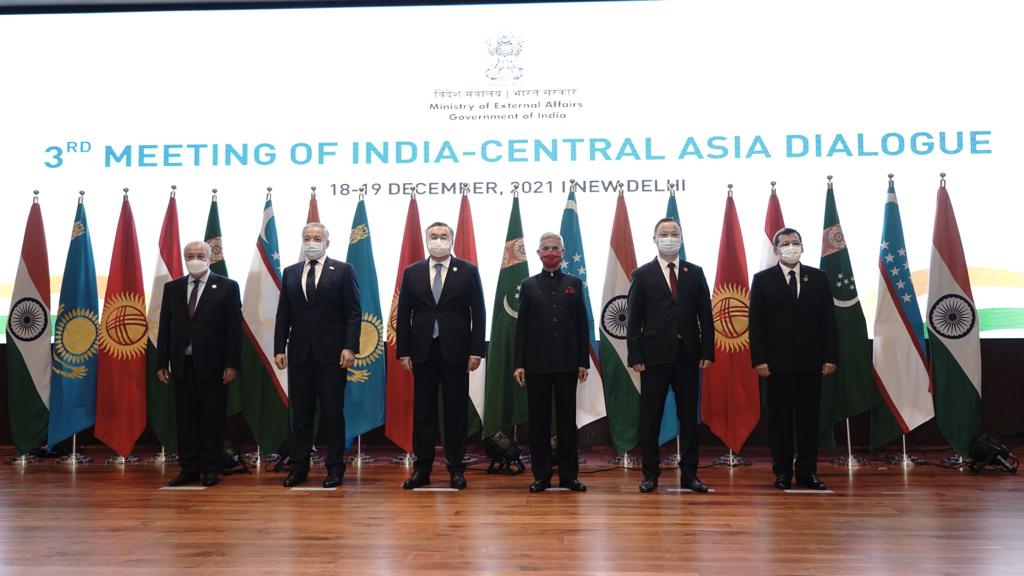 On December 19, 2021, the 3rd meeting of the Ministers of Foreign Affairs of the India-Central Asia Dialogue took place in New Delhi.

The ministers of foreign affairs discussed ways to strengthen this format, expand trade and economic cooperation, issues of climate change and interregional ties between India and Central Asia.

The Minister of Foreign Affairs of Tajikistan Sirojiddin Muhriddin, stressing the need for cooperation in realizing the great potential of economic and investment development, noted that Tajikistan attaches great importance to further strengthening the work of the India-Central Asia Dialogue. In this context, such possible areas as promoting the implementation of large infrastructure and transport projects, in the field of green economy, digitalization and in other areas of mutual interest for expanding export potential were particularly noted.

At the end of the meeting, a Joint Statement was adopted on the results of the third meeting of the Dialogue between India and Central Asia, which reflected the proposal of Tajikistan to hold the Second High-level International Conference on the International Decade for Action “Water for Sustainable Development, 2018-2028” (Dushanbe, June 2022), being the central chain of the preparatory process for the UN Conference on the Mid-term Review of the Water Decade in 2023 (New York).

It should be noted that the 17th meeting of the foreign ministers of Central Asia and the European Union was held on November 22, 2021 in Dushanbe under the chairmanship of Tajikistan. The Ministers of Foreign Affairs of Central Asia and the European Union discussed in detail the current state of relations and prospects for strengthening cooperation between the two regions in the fields of water and energy, environment, climate change and regional cooperation, and also exchanged views on international issues.

Following the meeting, a joint statement was adopted where the parties welcomed the holding of the Second Dushanbe Conference on Water Resources in June 2022 and the co-chairmanship of the UN Conference on the Medium-Term Water Decade for 2023 in New York.

Also in the final document, the proposal of the country to declare 2025 the “International Year of Glacier Protection” and define the date for “World Glacier Day” was reflected. The Joint Statement is available at https://eubuzz.news/joint-communique-17th-eu-central-asia-ministerial-meeting/.

5th Meeting of the International Advisory Committee of the Dushanbe Water Process
6-9 June 2022, Announcement of the dates of the Second Dushanbe Conference on Water Decade of Action
Latest News