Press Conference of the Leaders of the Water and Climate Coalition

09.11.2022 All news
On 8 November 2022, in Sharm el-Sheikh, on the sidelines of the COP27, a press conference of the Leaders of the coalition on water and climate was held. At this press conference with representatives of the media accredited for COP27, the Minister of Foreign Affairs of the Republic of Tajikistan, Mr. Sirojiddin Muhriddin, Minister of Irrigation and Water Resources of the Arab Republic of Egypt, Mr. Hani Sewilam Secretary-General of the World Meteorological Organization, Professor Petteri Taalas spoke.
At the press conference, Prof. Petteri Taalas presented the activities of the Water and Climate Coalition Leaders and read the Coalition Leaders’ Message to the national and global political leaders attending COP27.
Mr. Sirojiddin Muhriddin, in his speech on behalf of the President of the Republic of Tajikistan, Emomali Rahmon, who is one of the leaders of the Water and Climate Coalition, emphasized that the Water and Climate Coalition has done a lot in almost two years of its activity to promote the solution of water climate problems. In particular, within the framework of the Dushanbe meeting of the Coalition Leaders in June of this year, the Action Plan of the Coalition Leaders was approved. Currently, the Republic of Tajikistan is actively working on the implementation of the third task of this Action Plan to declare 2025 the International Year for the Protection of Glaciers.
Also, Mr. Minister noted that water resources and climate change are inextricably linked with each other and water resources play an important role in combating climate change, including for adaptation to impacts, mitigation and achieving climate resilience, which should be recognized by political leaders and considered in the Outcome Document of COP27.
At the end of his speech, Mr. Sirojiddin Muhriddin emphasized that the Republic of Tajikistan is constantly striving to promote water and climate issues and an integrated approach to their solution in the global development agenda. In particular, as part of efforts to prepare for the UN 2023 Water Conference, which will be jointly organized by Tajikistan and the Netherlands next March in New York, the Tajik side will seek to draw the attention of the international community to the key role of water resources in achieving climate goals and call for innovative and transformative action in this area.
In this context, at the suggestion of Tajikistan and the Netherlands, the theme “Water for climate, resilience, and environment” was chosen as one of the five themes of the Interactive Dialogue of the 2023 Conference. 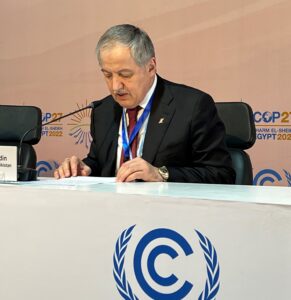 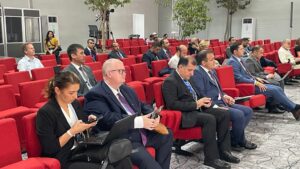 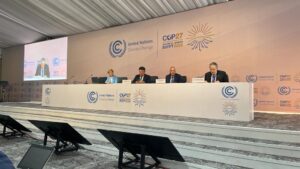 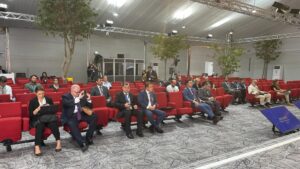 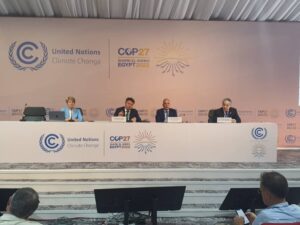