The #RUN BLUE Global Water Marathon started on the 22 of March on the World Water Day in Australia. RUN BLUE includes 200 marathons worldwide involving over 200 million people and ends on the 22 of March 2023 on the eve of the UN 2023 Water Conference in New York.

The goal of the marathon is to draw the attention of the world community to the growing water issue, motivate and call for action, mobilize efforts to achieve real change on the ground, as well as promote the Water Decade and the UN 2023 Water Conference. It is organized by global activist and marathoner Mina Guli and is supported by many partners, including the Governments of Tajikistan and the Netherlands, as Co-Chairs of this Conference.

The Central Asian part of RUN BLUE started on 10 May 2022 in Muynak city of the Republic of Uzbekistan and ends on the 10 of June in Dushanbe. In Tajikistan, 11 marathons are planned, with a distance of 458.2 km long, along the Amu Darya River and its tributaries in places with difficult geographical conditions, including Lake Sarez and the Fedchenko Glacier, 7 of which have already been completed.

This will be a great opportunity for the participants of the Conference to be part of this global campaign and participate in the water run. Participants can run a full marathon (42.2 km) or a symbolic 6 km distance dedicated to SDG6.

The 42.2 km marathon on 4 June will begin at 03:00 am. at the Sarob hotel in Khoja obi garm, and the symbolic part of the 6 km distance at 09:00 am. at the northern gate of the new Istiklol park, st. Said Nosirov, 27 in Dushanbe. Participants can join the marathon, both from the very beginning at 03.00, and at the last distance of 6 km at 09:00 am. This marathon will end at the large waterfall in the Navruzgokh park.

The marathon on 9  June starts at 05:00 am. in Dushanbe near the Hyatt Regency Hotel and will end after passing 42.2 km in the direction of the city of Vahdat. Conference participants can participate in this run, both at a distance of 6 km and at a distance of 42.2 km. For those participants who will run 6 km, transport will be organized to return them to the hotels for subsequent participation in excursions according to the Conference program.

The results of the marathons will be presented within the framework of the Second Dushanbe Conference, as well as the UN 2023 Water Conference in March? 2023 in New York. 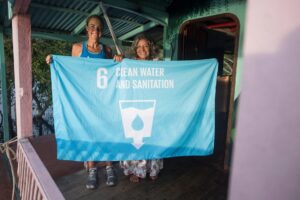 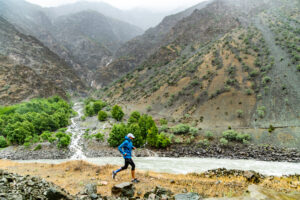 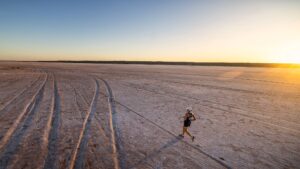