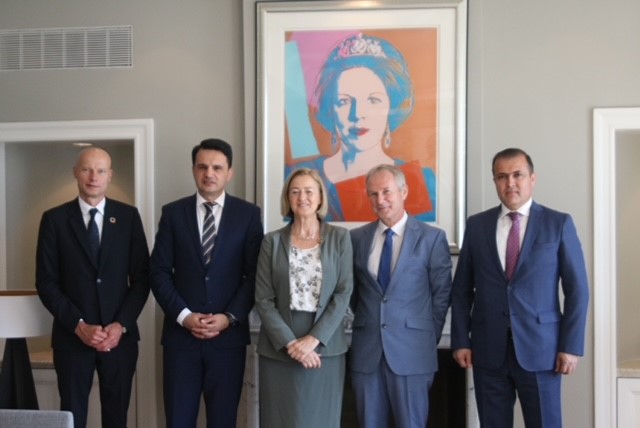 The parties discussed issues related to the preparation and holding of the UN Conference on the mid-term comprehensive review of the implementation of the International Water Decade for Action, which will be held on 22-24 March 2023 in New York, co-chaired by Tajikistan and the Netherlands. During the meeting, the topics of interactive dialogues of the Conference, holding a meeting of the President of the UN General Assembly on the preparation of the Conference, as well as other issues of an organizational nature were discussed.

Sulton Rahimzoda elaborated mentioned the results of the second Dushanbe Water Decade Conference and emphasized the importance of this conference in the preparatory process for the UN 2023 Water Conference.

An agreement was reached to hold a meeting of the President of the UN General Assembly in late October or early November 2022, during which the topics of interactive dialogues will be finalized.