Cooperation with the OSCE towards the UN 2023 Water Conference 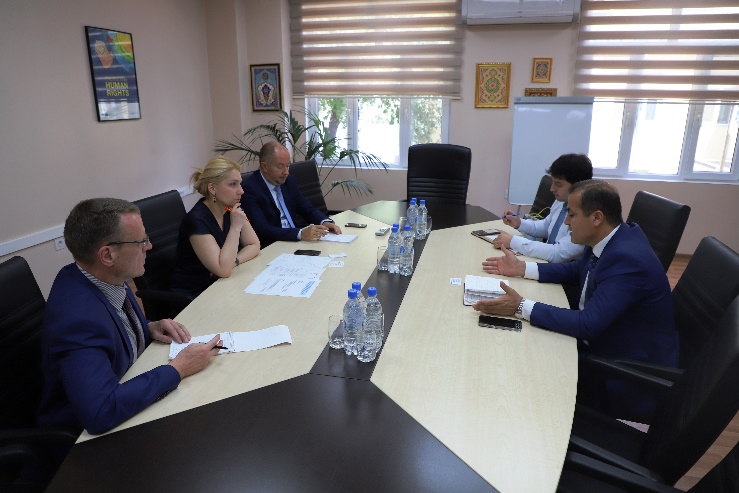 On 17 August 2022, Mr. Sulton Rahimzoda, Special Envoy of the President of the Republic of Tajikistan to the High-Level Panel on Water and Climate, Chairman of the Executive Committee of IFAS and Ms. Tea Jaliashvili Interim Head of the OSCE Program Office in Dushanbe discussed issues of cooperation towards The UN Conference on the Midterm Review of the International Decade for Action “Water for Sustainable Development”, 2018-2028 (UN 2023 Water Conference), which will be held on 22-24 March 2023 in New York, co-chaired by Tajikistan and the Kingdom of the Netherlands.

During the meeting, Sulton Rahimzoda presented the results of the Second Dushanbe Water Decade Conference, which became a key preparatory event for the UN 2023 Water Conference, and thanked the OSCE Program Office in Dushanbe for their contribution to the preparation and holding of the Conference. It was noted that the Dushanbe Conference widely discussed the success achieved and the existing difficulties in achieving the goals and objectives of the International Water Decade, and also developed specific recommendations for the UN 2023 Water Conference.

Sulton Rahimzoda also provided detailed information on the preparatory process, as well as goals and objectives, on the main principles and expected results of the UN 2023 Water Conference, including the Water Action Agenda of the conference, which will include voluntary commitments and Statements from various stakeholders made during the various preparatory activities.

Ms. Tea Jaliashvili highly appreciated the preparatory process for the UN Conference, including the efforts of Tajikistan and the Netherlands, as co-chairs of the Conference, to organize an inclusive preparatory process that includes all stakeholders, sectors, vulnerable groups, and populations and gives everyone the opportunity to be heard. She expressed the high interest and readiness of the OSCE Program Office for close cooperation on the way to the UN 2023 Water Conference, including the active participation of the OSCE in the preparatory events, as well as various special sessions and side events organized by Tajikistan within the sidelines of the conference in 2023 in New York. 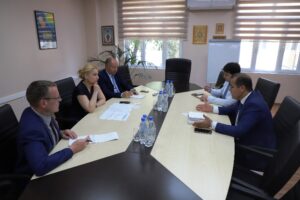